It hit me the second we stepped out of the airport, one of my favourite smells in the whole world – a sweet incense scent laced with earthy tinges of fire and smoke. I took a deep breath and felt almost giddy with happiness, only one thought consuming my mind: it’s so good to be back here. As I turned to look at Joel, I saw the same look of adventure in his eyes as I felt in my bones.

I love this country so freaking much.

The first time I visited India, I was 19. On the plane ride over I felt excited. How exotic of me, I thought. How very cool I am. How WORDLY. I stepped out of the airport, onto Indian soil, and within thirty minutes, I was crying. I didn’t really stop for four days. I was shell-shocked by the poverty I saw, stunned by the sensory overload I faced, and for the first time in my sheltered, naive life, had to grapple with that feeling I can only describe as sadness-guilt. Beggars swarmed me for food and money and the pulsing, dirty herd of humanity surrounding me pushed me so far out of my comfort zone I felt not only out of place, but that my wealth was obscene. I was stared at, lied to, harassed, but more than anything, I was devastated by the suffering I saw. And I felt utterly ridiculous that I had the money I did while these children slept on piles of rubbish and begged me for twenty cents. At 19, only a year or two out of high school, it was all a little hard to process.

I travelled with my mum for a week and then by myself for another week, and honestly, it was a trip I struggled with. It was brutal and hard and stressful, the challenges of travelling as a single, young, white female through a loud, patriarchal, sexist country tipping me over the edge often. I vowed to come back with a man one day, because though I hated so many parts of it that stemmed from my circumstances, there was something about the country that made my heart beat wildly and my soul come alive.

“India is a mirror,” a friend we met up with in Mumbai told us the other day. “It reflects back to you what you are. If you are aggressive and anxious, worried and fearful, you’ll only see the things that confirm your feelings. But if you’re different, you’ll see the beauty. You’ll see the side to India that makes it such a unique and beautiful country.”

He is so right.

This time, eleven years later, India is so different to me. I now wonder if the pushy aggressive side I saw to India was real, if the suffering was that great, if the chaos was that overwhelming, if it was really as unsafe as I thought it was. Now, when I haggle, I see it’s a game. It’s nothing to get worked up over. Sure, they’re trying to make a buck, but when we’re haggling over ten cents, or when they tell me yes when they mean no, I smile, then they smile, the pushiness immediately diminishing. There is yelling and horn beeping, but it’s just surface drama. Underneath, there is a common humanity I have never felt anywhere else in the world. And to me, it’s represented best by the infamous head wobble. It’s a yes and a no, this head wobble, but more than that, it says “I don’t have the answer, but I acknowledge you as a human being.”

Coming back to the same places I visited eleven years ago, now with a husband and two children by my side, is mind-spinning. I literally cannot wipe the giddiness from my eyes, and even Ella feels it. She keeps telling me, after asking me why everyone keeps pinching her cheeks, that she loves it here and that she wants to stay forever and that the rickshaws are ‘so fun’.  I was concerned about how they’d react here, especially in Mumbai, by far the busiest place we’ll be visiting in our month here, which is why we booked a ridiculously luxurious hotel to stay in initially — offering a retreat to escape to and a buffer from the hustle if we saw the kids weren’t coping. 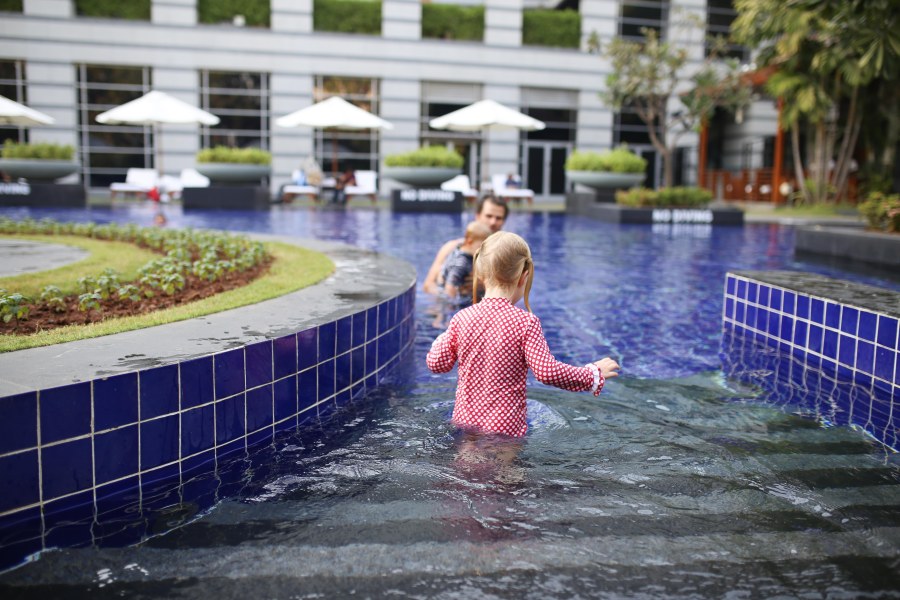 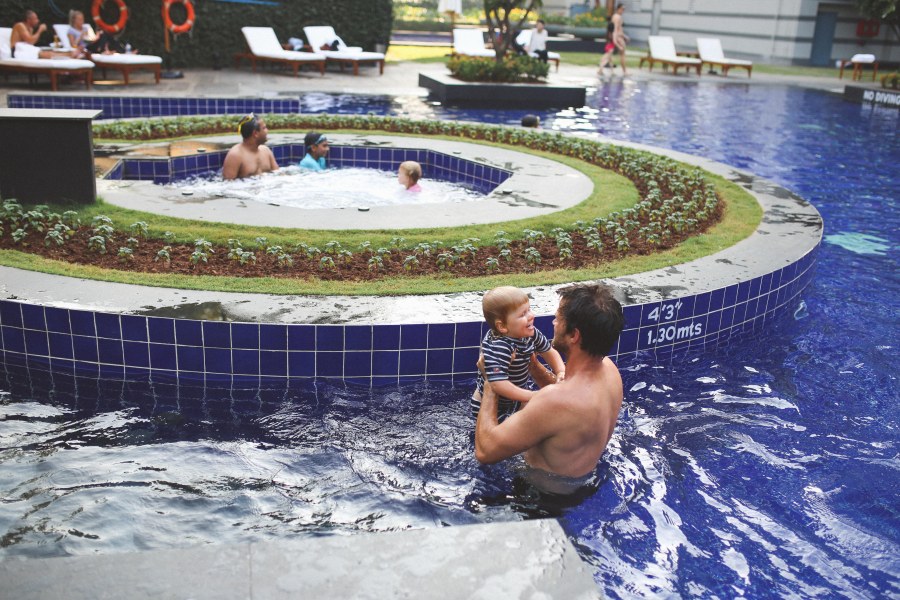 We needn’t have worried.

We’re enjoying the luxury, but they are thriving in a way I never would have anticipated. Ella by nature is timid and nervous, especially in unknown environments, but by the second day, she was ordering food from waiters and saying hi to everyone who looked at her, and high-fiving the staff at the hotel who greet us. Joel and I could hardly believe our eyes, stealing glances with each other – a mixture of disbelief and pride. She asks a lot of questions about the things she sees, and we do our best to tell her the truth in a child-friendly way. Honestly though, I don’t think she sees the dirt and the poverty like adults do. We went on a slum tour a couple of days ago and when we got to the area where children played – an open lot, the ground covered in trash and rotting food, the children hitting a torn up ball with some sticks – she begged me to let her play with them and cried with injustice when I told her no. She wanted what those children had, and that is more than any adult on that tour would ever dream of saying.

Seeing India through the eyes of my children? It’s really beautiful.

And seeing a side of India that only comes out because of them? Irreplaceable.

Fully grown men go ga-ga over them. Their faces go mushy and they tap their friends’ shoulders and point and they crouch down and they smile and they gush and they put out their hands to high five. We are stopped for photographs often. Women pinch their cheeks. Men look out for them, tell us to watch our steps here and here, give them chocolate bars and worry that the food we ordered might be too spicy for them. They are so adored, and it’s a soft side to India I never saw eleven years ago.

But maybe I have, too. 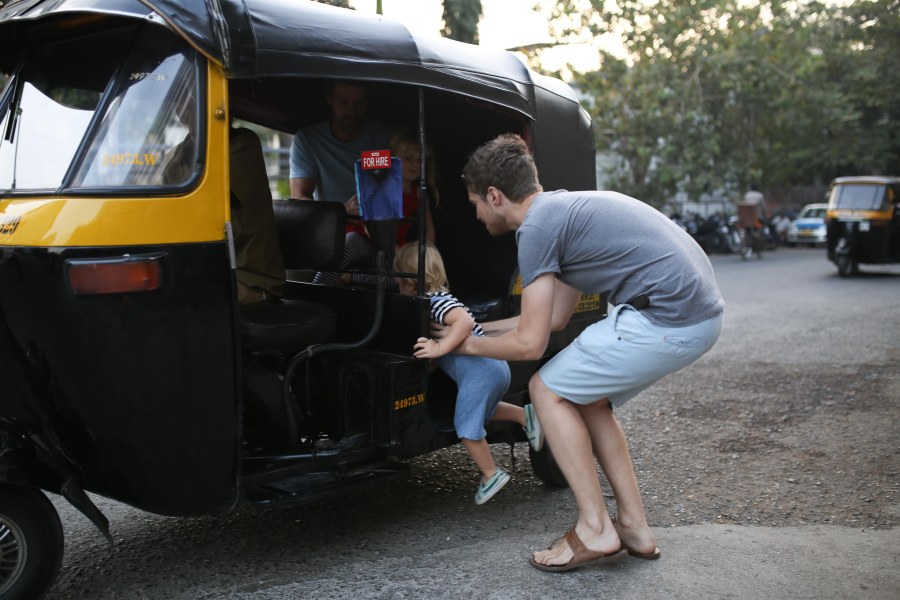 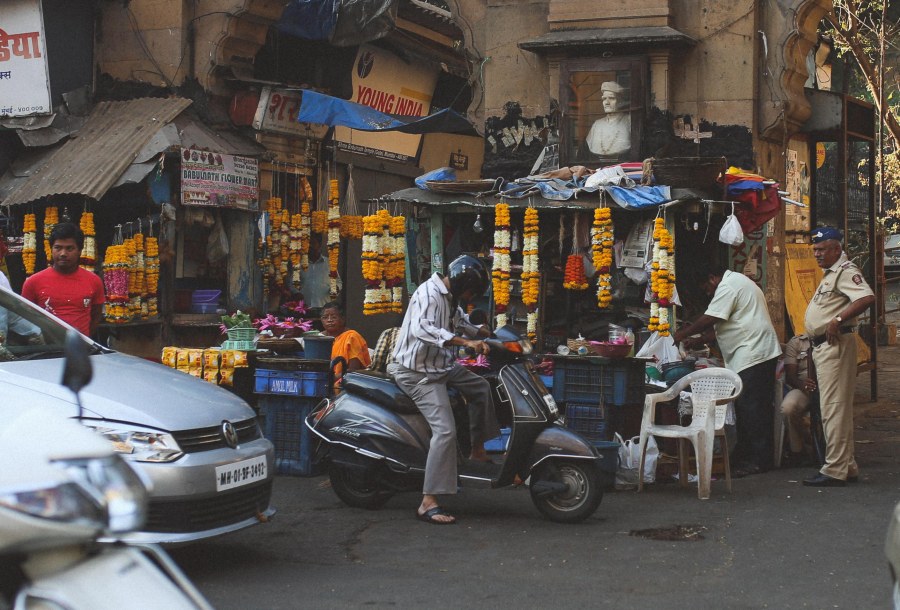 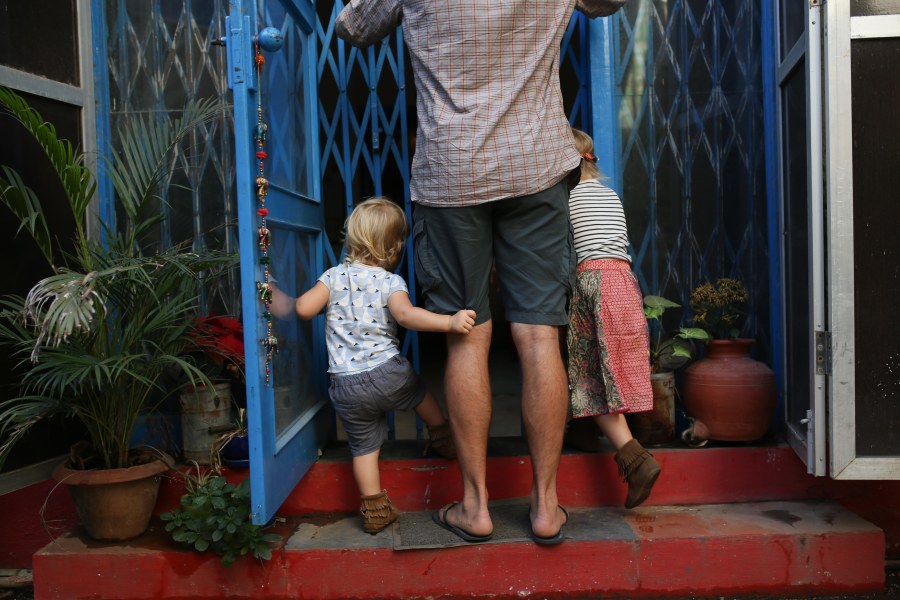