It was a given, really. Ever since his grandparents bought him a Batman showbag at the Ekka last year, we’ve been immersed in six months straight now of deep Superhero infatuation. Perhaps it’s a little boy’s rite of passage driven by a testosterone wiring I’ll never quite understand: The fantasy of looking up to strong men with magic powers who fight baddies. Either way, to celebrate Billy for his 4th birthday was predictable this year, and a superhero party it was. 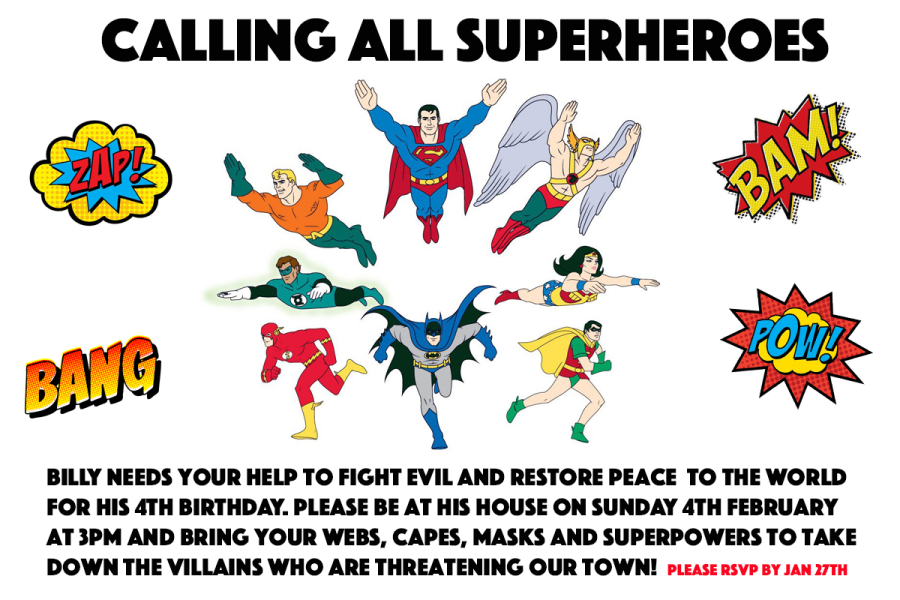 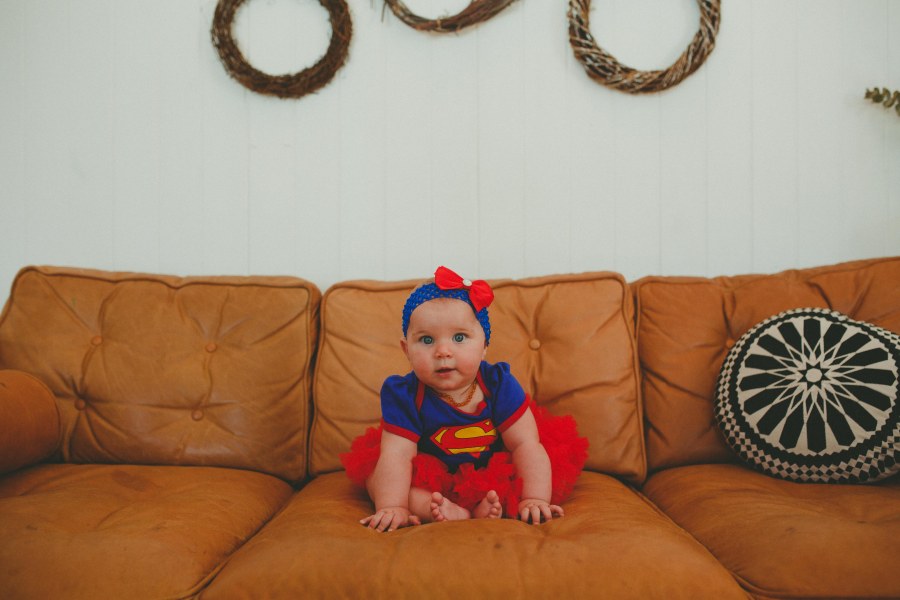 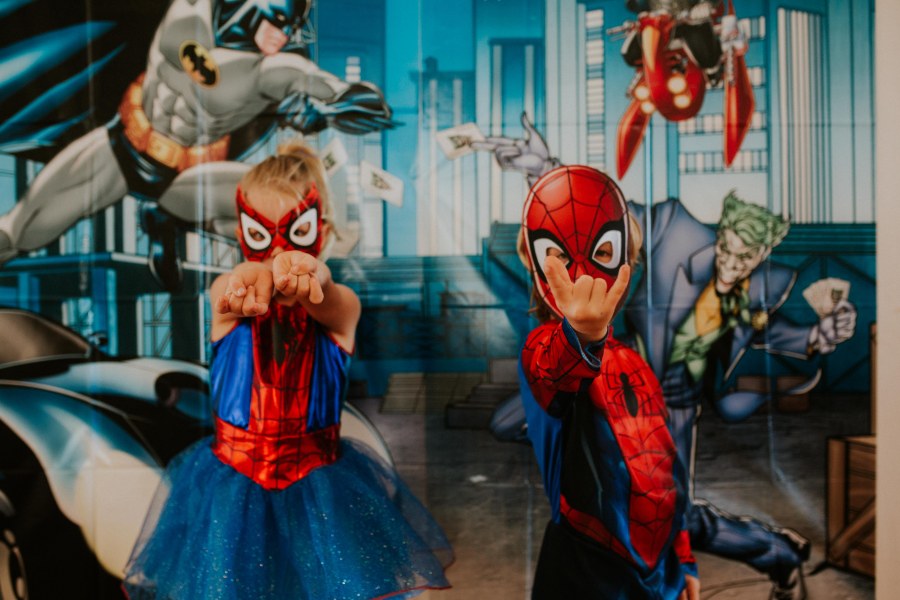 It was such a fun theme to work with.

We had the kids enter an obstacle course of sorts in the backyard, as part of their superhero training.

They had a training pass they had to check off, with seven activity stations to complete.

Station One was the “Web Crawl”: Red crepe paper and garden stakes to create a web the children had to crawl through.

Station Two was the “Lava Crossing”: A balancing plank to walk over the crepe-paper lava. 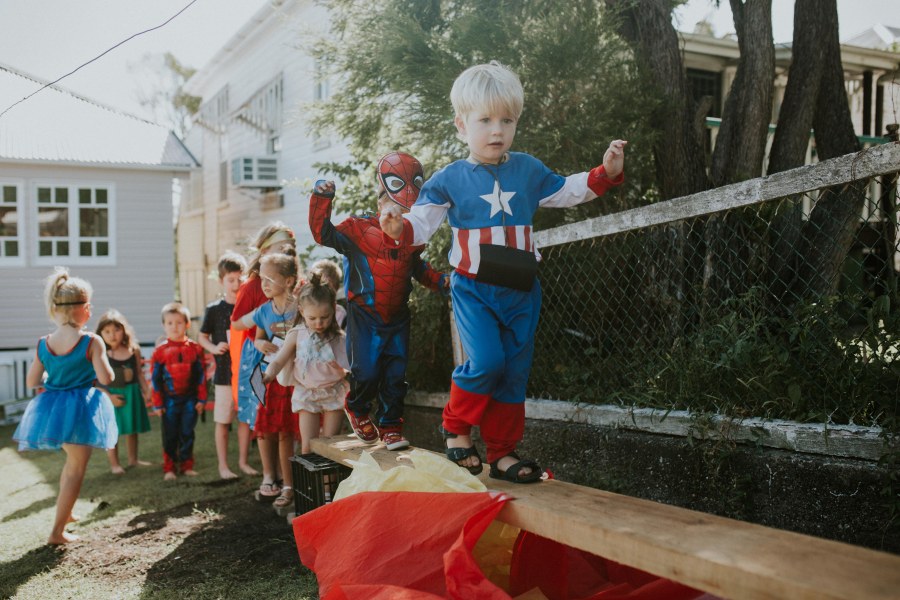 Station Three I forgot to take a photo but it was “Super Aim”: The kids had water guns and had to squirt little Superhero figurines I tied in string from our clothes line.

Station Four (and this was a definite kid favourite) was “Spiderman Tag”: Joel had cans of silly string – spider webs – and whoever got sprayed had to freeze. They could only be released again if a friend came to take the web off them. 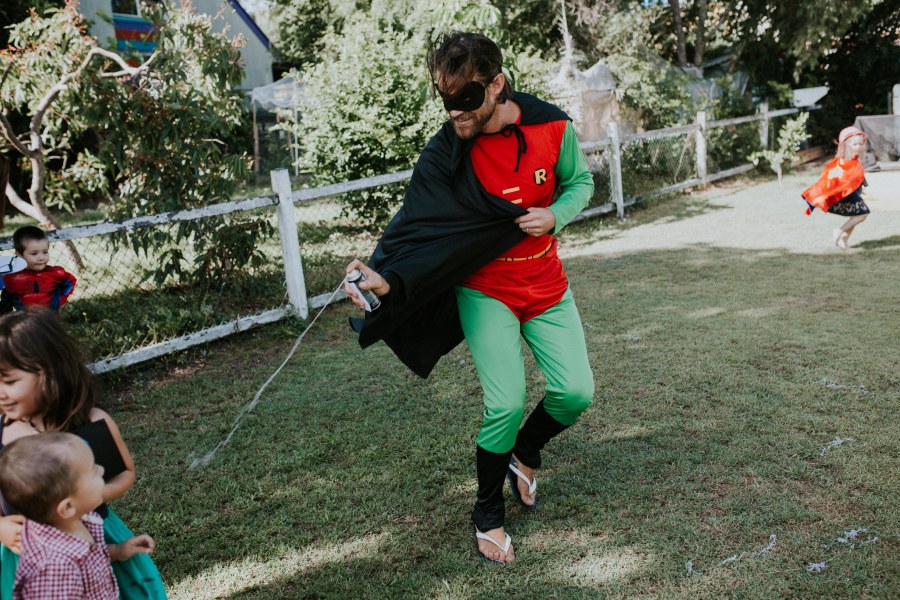 Station Five was “Villain Tie Up”: The kids had to grab a parent and tie them up with crepe paper streamers. 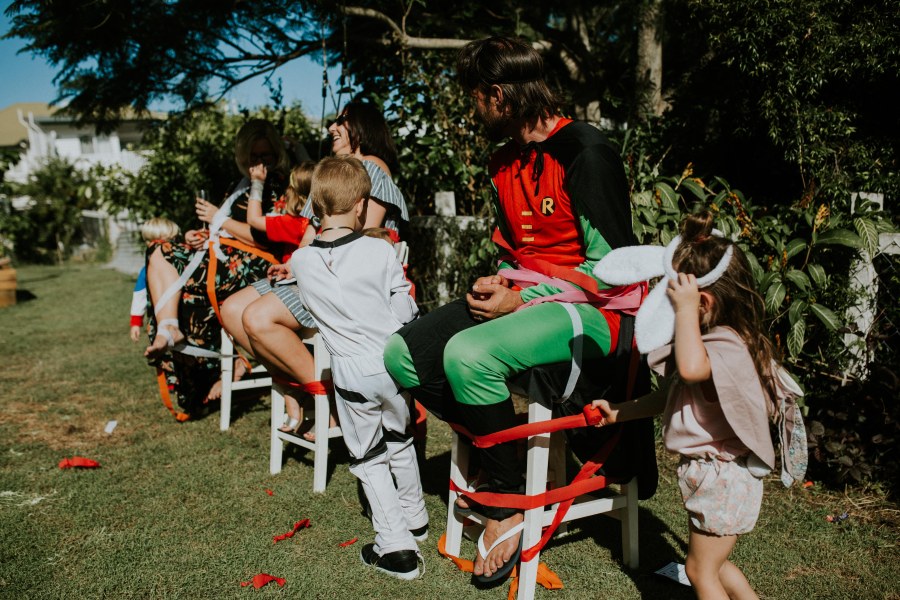 Station Six was “Disc Knock”: I didn’t take any photos except ones prior to the party starting, but the kids had a stack of paper cups to knock down with a disc thrower.

And lastly – hands down the kids’ favourite –  was “Power Punch”: I hot glue gunned two layers of tissue paper around a paper cup with a chocolate inside and then hot glue gunned that to a thick card. The kids had to punch through the paper to get their chocolate prize.

At the end, the kids got a certificate for finishing their training.

And the rest of the party flowed on from there! 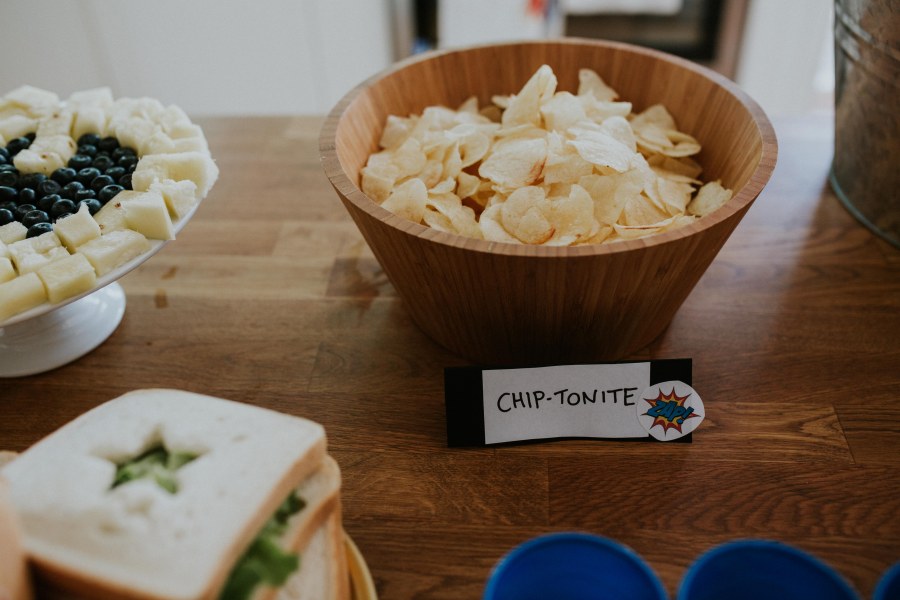 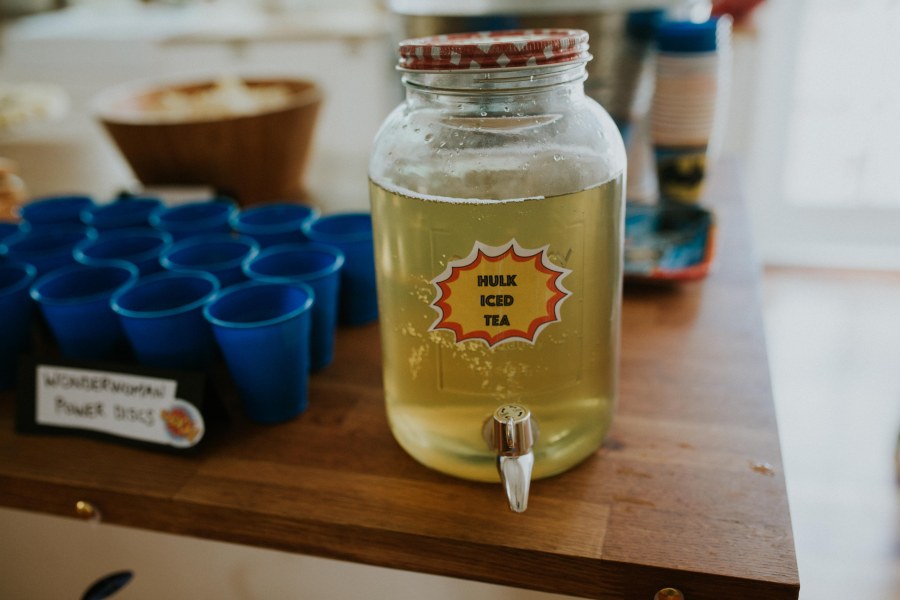 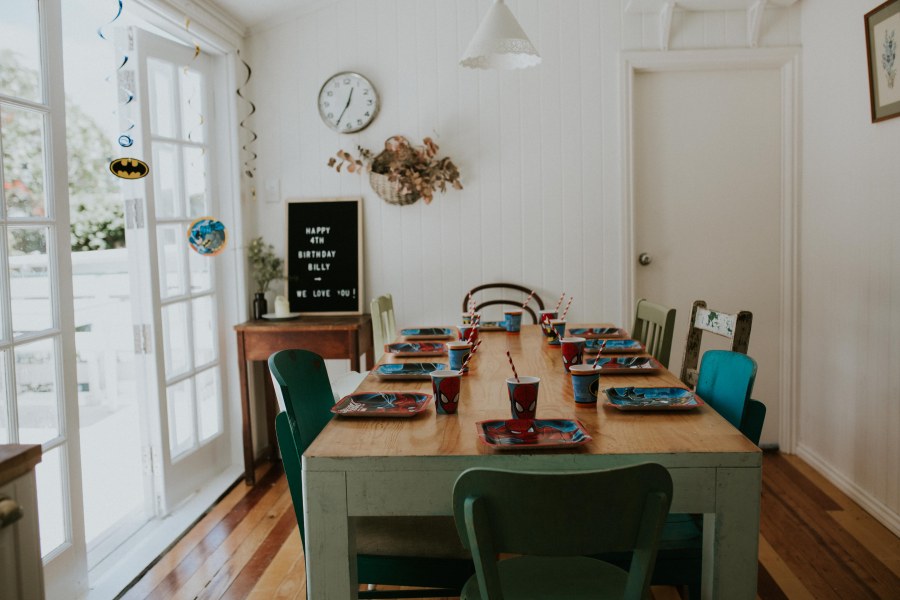 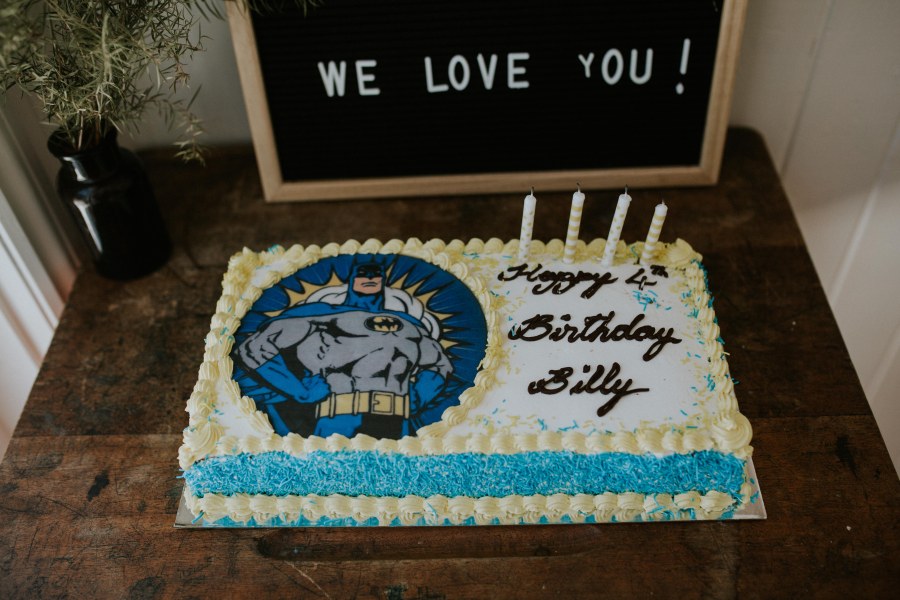 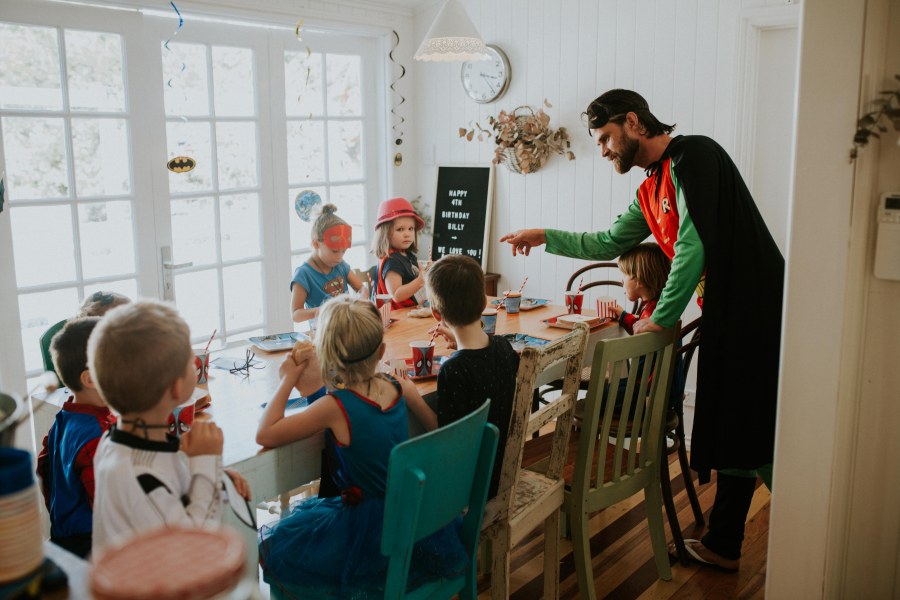 Like every year, my favourite part is watching my children get sung Happy Birthday to. The shy smile, the recognition that this is all for them — it reaches that deep motherhood part of my heart and I savour it completely. 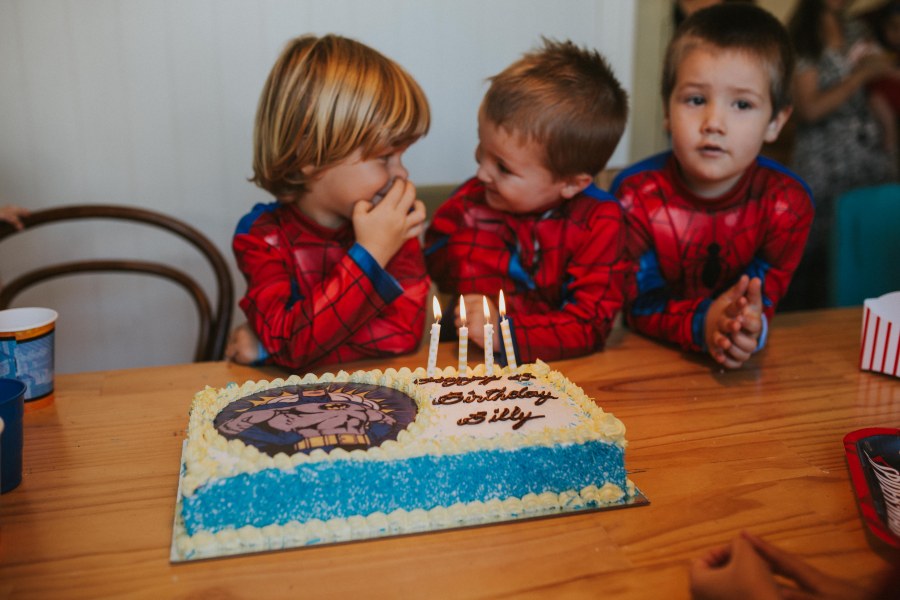 Which brings me to Part Two of birthday celebrations: A day at Movie World, as per my dad’s suggestion and a day I will not be surprised if it becomes Billy’s first ever memory. 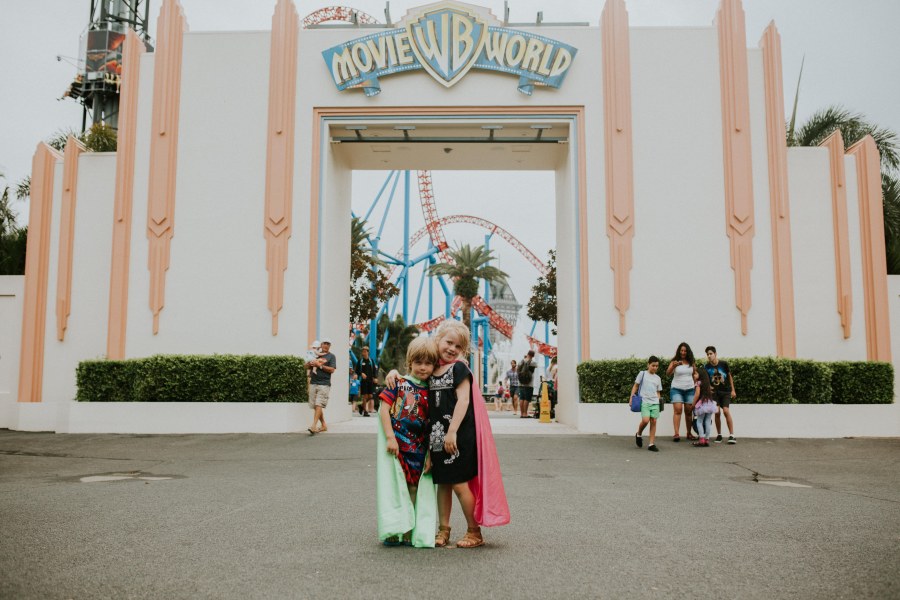 It was just all him. 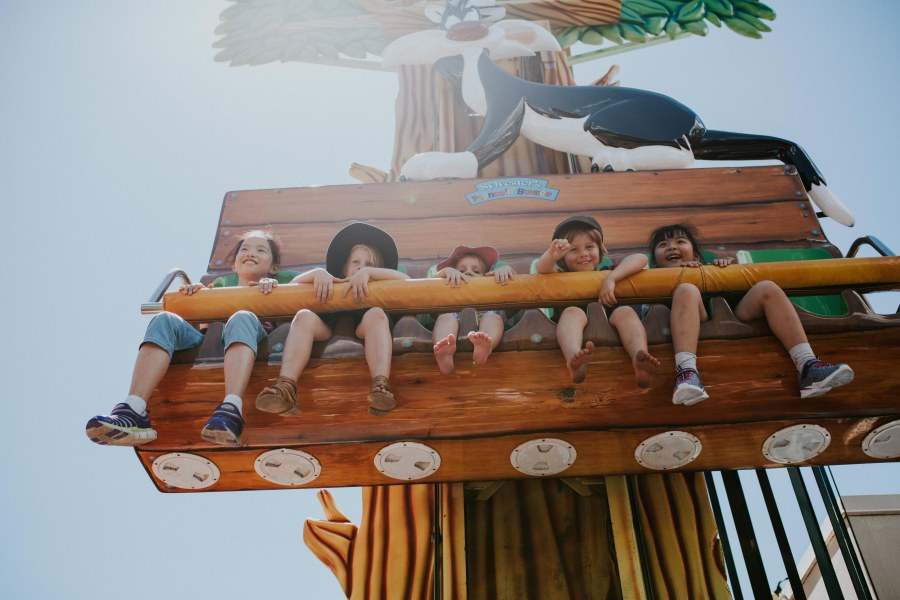 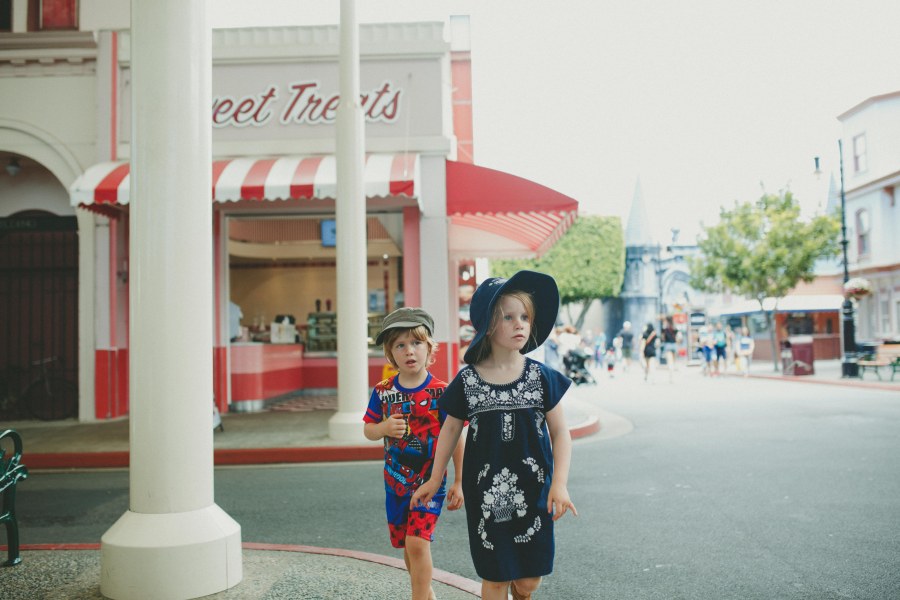 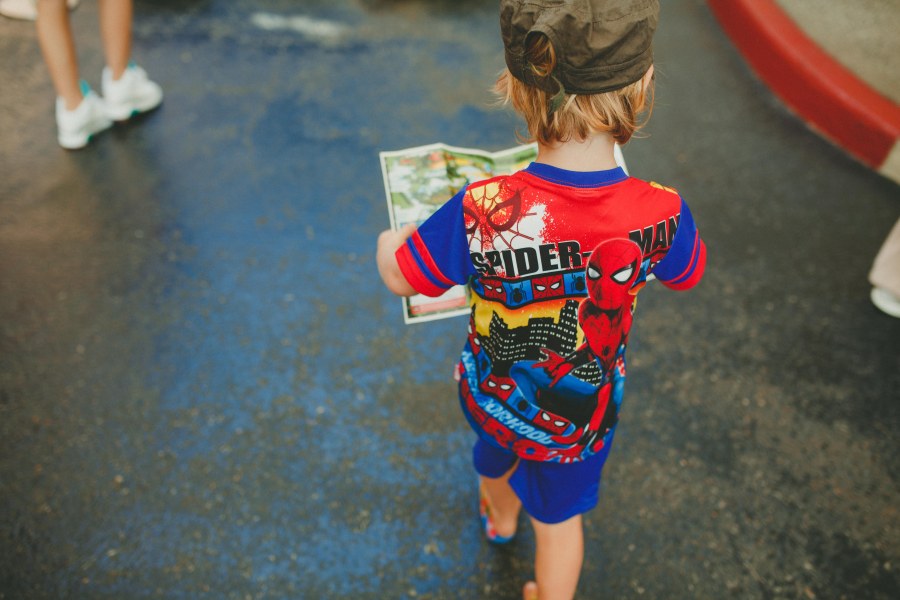 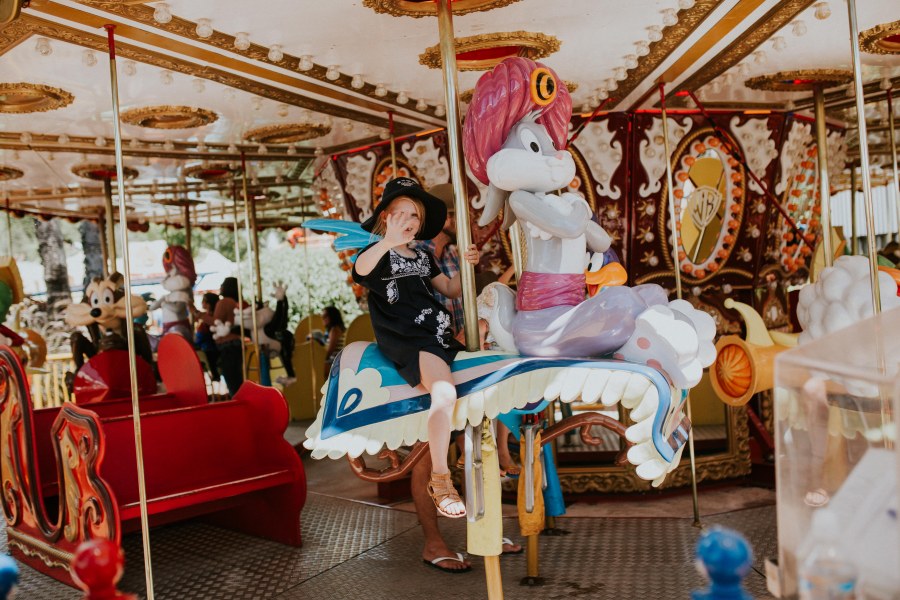 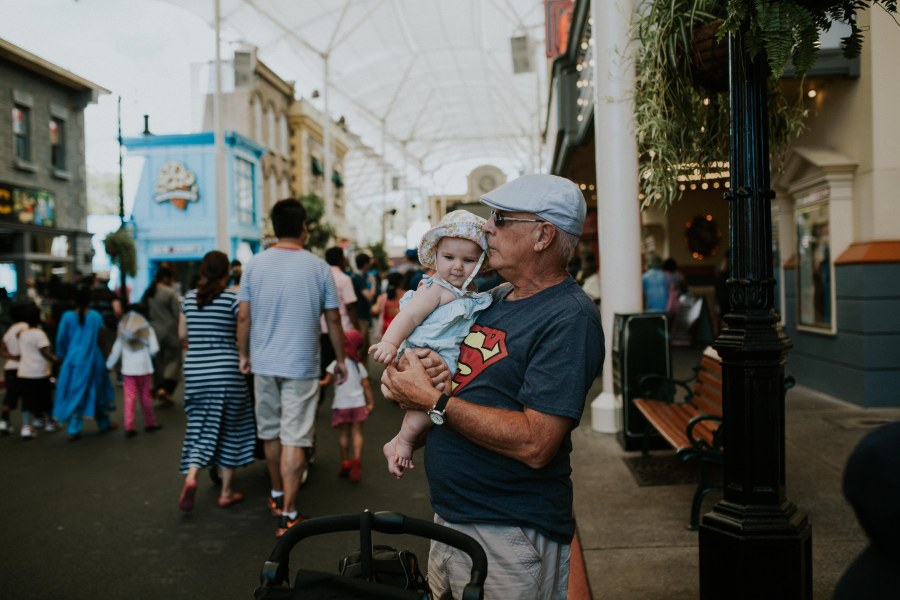 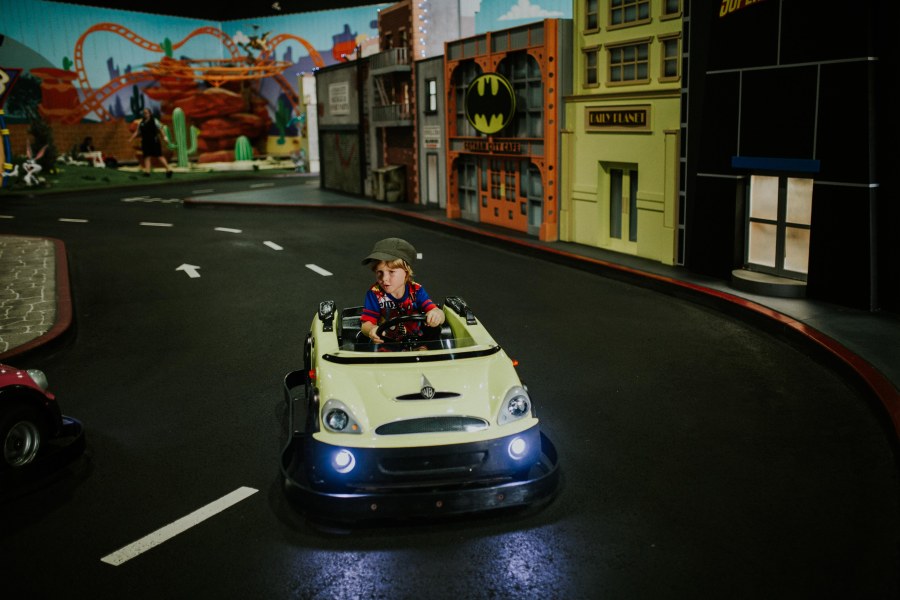 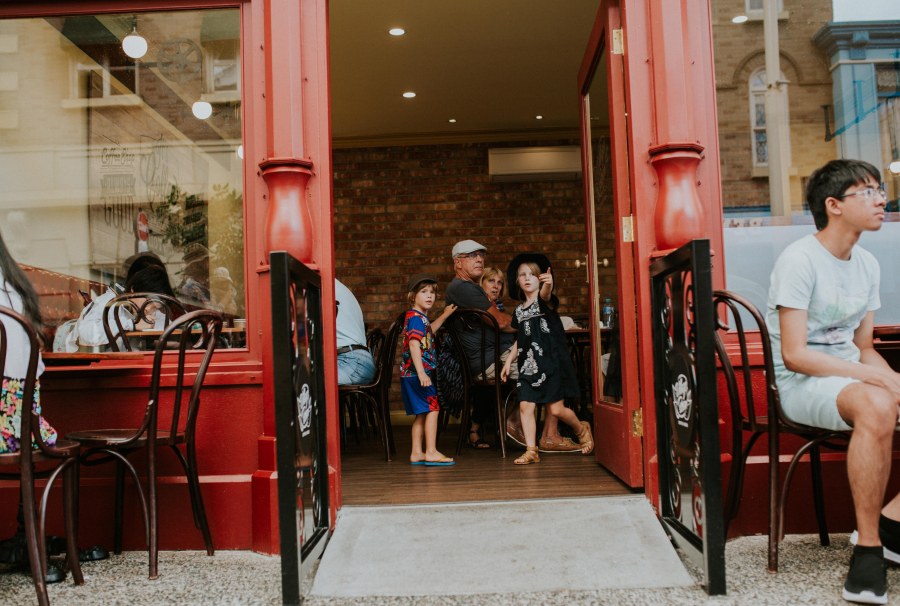 The best part was just as the day was wrapping up, we’d exited the 4D theatre’s last show of the day when all of a sudden, Batman burst out of one of the back doors right in front of us. He must have heard my dad say, “Look, Billy!” because all of a sudden, Batman walked right up to Billy, put his hand up for a high-five saying “Bill”, then walked off. I think if it weren’t for the 2 kilos of sugar pumping through his veins from all the treats he’d eaten, Billy would have passed out cold. 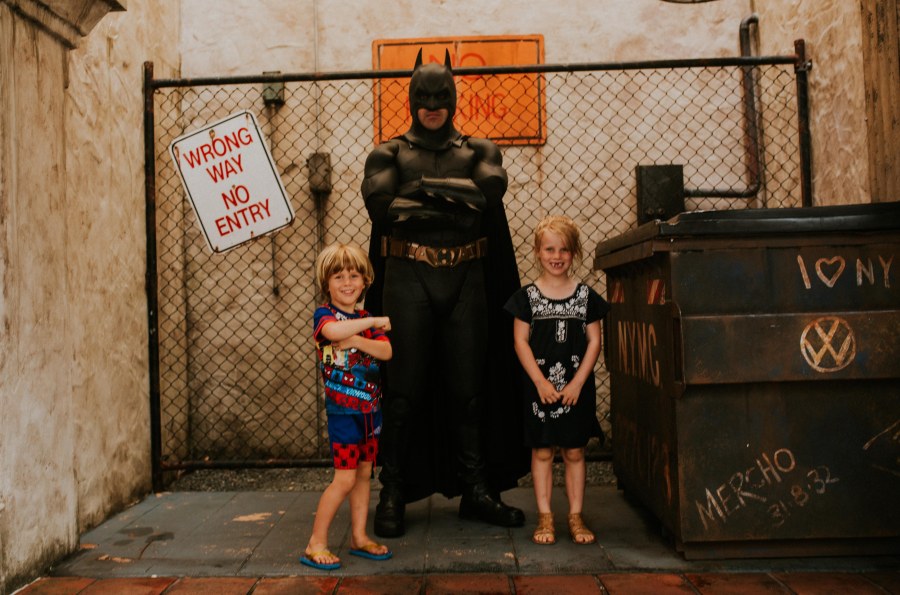 He was one happy boy. 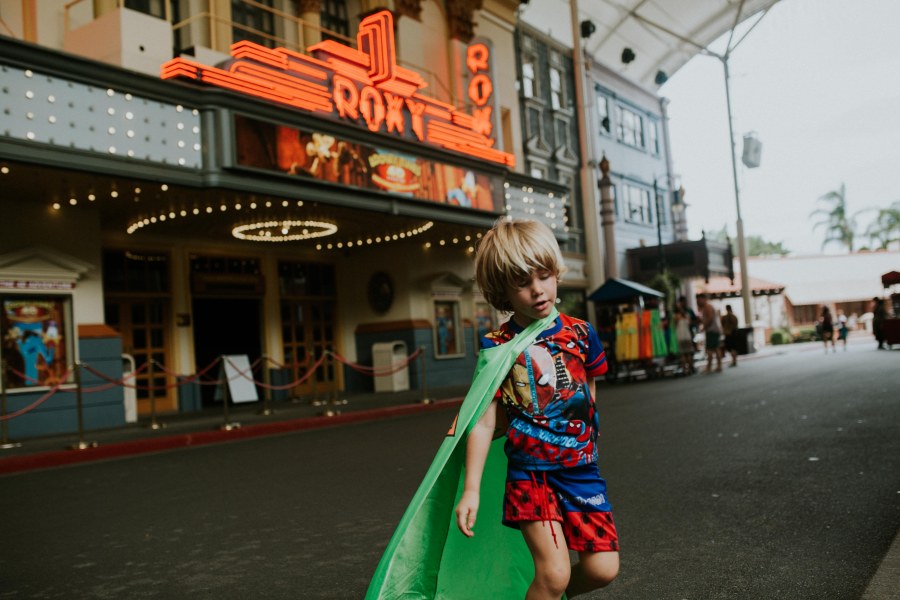 I carried him to the car at the end of the day, his body thoroughly exhausted, sinking heavy in my arms but his head turned, still focused on the last roller coaster of the day zipping through the air. “That was amazing, Mum,” he said into my ear and I thought how lovely it must be to be four, to be known and to be loved. 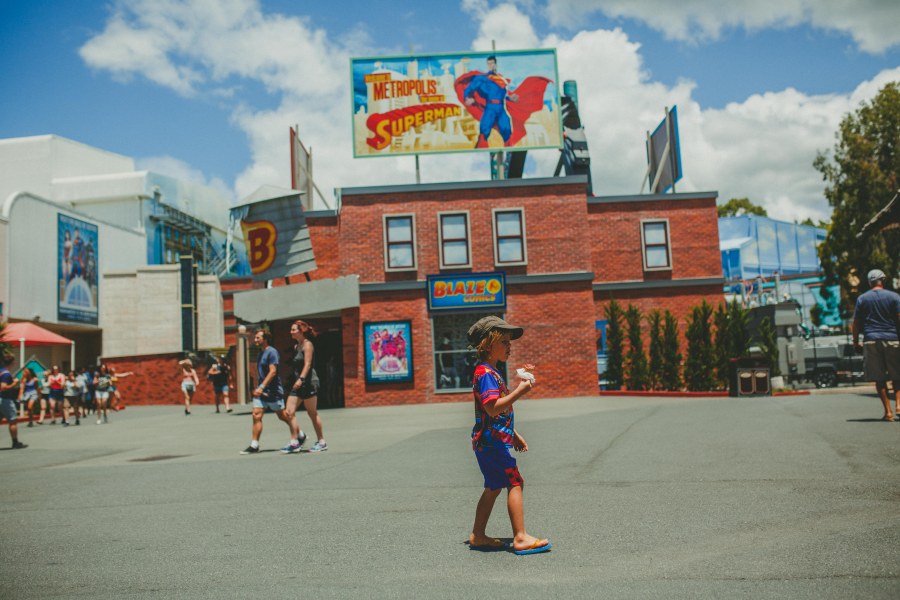